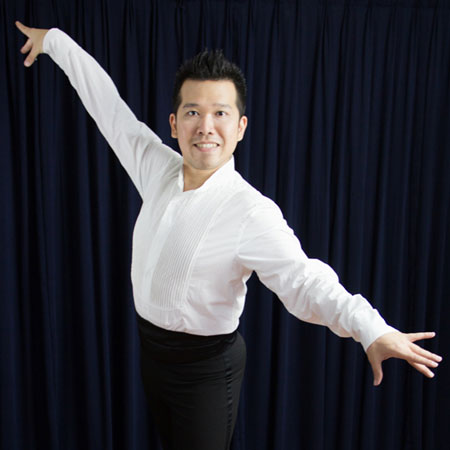 Sean Lim is a well known Latin instructors, he started participated in Latin competition and performing in Asia at your age of 21. Based in Kuala Lumpur, he has been performing and teaching latin for more than 13 years in Malaysia. His Idols in dance world in Slavik Kryklyvyy and Riccardo Cocchi.

Below is his brief profile in dancing experience:

a) Me and my then partner was the top 3 Malaysian Amateur couple from 2004 till 2006
b) Won the Sugar Club Latin (Open) Dance Competition which required knowledge of a vast variety of Ballroom Latin and Latin American dances. Was at 1st sponsored with a full expenses paid Cuban trip to train in Salsa was canceled due to the social unrest then. Sponsored by the Cuban embassy.
c) Choreographed various stage performances for local ballroom and ballet dance schools.
d) Choreographed dance routine for Malaysian Drama (RTM & NTV7)

Planning to have a bigger dance production within these 2 years.